Hello, We have finished updating the network to InspIRCd 3. InspIRCd 2 is end of life beginning June 2020 after a decade. InspIRCd 3 uses IRCv3 protocols (updated IRC for modern times), which provides better security and more advanced features as clients catch up. If you are experiencing strange issues such as nicklists not updating when people join or mode changes happen, wonky text formatting issues, or connection issues, try updating your client before joining […]

As you are all aware, we are currently in the midst of a pandemic. While we have no inclinations to create rules surrounding the current situation, we are asking all of you to express empathy, sympathy and tact towards what people are facing. We understand that people use humour to make light of bad situations, but please understand that using nicks such as COVID-19 and suchlike are in incredibly poor taste. At minimum, you will […]

We have only made one decision in the past regarding outright disallowing a client to be used on Cuff-Link, but the time has come to disallow a second. On November 15, 2019, it will not be possible to connect to Cuff-Link via Mibbit. While we have several reasons for this, the main two are: Mibbit cannot keep their TLS/SSL certificate in place consistently, which poses a security problem. Traffic between Cuff-Link and Mibbit is insecure, […]

Consent. Privacy. Security. These are the three things that help us ensure safety and minimal risk for everyone who uses Cuff-Link. We cannot properly do this while allowing people to connect to the network with insecure [unencrypted] connections. After several months of mulling it over, the decision has been made to go TLS-only [aka SSL-only] by February 1, 2018. This gives us 3 months to assist people with updating their clients to the correct ports […]

Stoya recently accused former partner, in both film and life, of rape. Article here: http://www.wetpaint.com/james-deen-rape-stoya-controversy-1457160/ Whether the accusations by Stoya and several other women are true remains to be seen, but it seems like there may be a lot more, and it seems like her confession snowballed a lot of others in a “If she’s willing to come out about this, maybe it’s time I did too” manner. We wouldn’t be surprised if it’s only him doing these […] 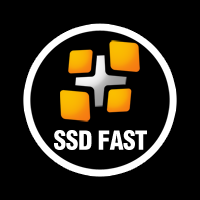